Oke,  I felt so much better after my last blog post and the distraction on the web worked too.
Let me present in the blog my year in words [since I haven't posted much of them in the recent months].

Beware: It is one lengthy post. I'll try as much as possible to summarize the events per month so please do stick till the end :D

January
Oke~, aside from it was the start of the new year, I had lots of fun with my officemates. We had lots of bonding moments together. One of the highlights of my January is the trip to Iloilo, my good officemate Don's hometown.

We went there in time for the Dinagyang Festival 2013. On 01.26.13, we arrived in Iloilo then stayed for Guimaras for a day to enjoy the beach there. It was not my first time to go there since I was part of my school's delegation to the 2nd Paulinian Summer Leadership Seminar held in SPUI back in 2000.

On 01.27.13, we went back to Downtown Iloilo to witness the festival itself. Here's some of the vids that I took in line with the event:

Thou I didn't able to go with my officemates to Boracay as I had to leave that night for Manila [it was, after all, my Mom's birthday], I had so much fun. It turned out that this was just the beginning of the many bondings that our team will be having for this year.


February
The highlight of this month really was my birthday but since I do nothing about it [just some simple celebration], the other occasions happened during this month became the highlight.

One of them is the Book Launch and First [of many] Book Signing of the Book Two [hence, #TeamBookTwo] my favorite Morning Radio Show, The Morning Rush. It happened days prior my birthday in Robinson's Galleria. I was somewhat late for the event since I came from Bulacan. What made this book so special to me that time was that I have two entries of of hundred and thousands of Rushers [the listeners] who sent theirs worldwide [yep, we have a cult over here haha]. It was good to see my fellow rushers towhich I am badly missing right now; I haven't been able to attend any EBs recently. (╯︵╰,)

Next up was the suddent [shotgun] wedding of my cousin Badeth in Paniqui, Tarlac which coincided with the 18th Hot Air Balloon Festival in Clark Air Base in Pampanga. I was able to attend both but I only got to stay on the latter event for just an hour or so.

Here's a photo of me with the Bride: 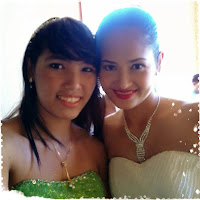 She was, I think, 3 years younger than me but she was the first one [bet the two of us] to marry hahaha. Also, I serve as her godparent [towhich I am still puzzled till now].

I did serve as the Maid-of-Honor of the wedding [since I was still single and too young to be part of the Sponsors (((( ;°Д°))))]. Look at how beautiful I was. Hahaha :P 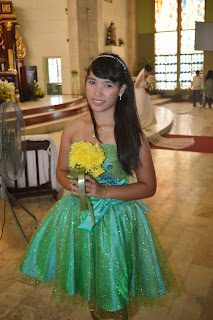 Here's a video of my quick trip to the Hot Air Balloon Festival:


March
For this month, the highlight was my first Cosplay Group Photoshoot that I had with my group, Cosplay Le Familia. It was also my first time to attend a photoshoot outside conventions. I was nervous at first but then after some clicks and some warm-ups, I got confident with them.

Also this month, The Cosplay Goddess of the Philippines, Alodia Gosiengfiao, graced The Morning Rush with my tweet paving the way. My rusher friend Daniel and I was also included in the Epic Pic the Kikay Barkada had. Here's the photo:

April
This month, various events happened. There was The RX Summer Stick-on [happened just outside my office here in Eastwood], Ozine Fest [thou I didn't stay too long], then my office Summer Party, then also another cosplay group photoshoot happened in Sta. Rosa, Laguna. Let me share to you some pics from there events:


May
Nothing much happened during May, aside from the Birthday Party for DJ Andre of RX and the One Piece Movie Z showing in SM Cinemas.


June
This month's highlight is my First Anniversary as a Cosplayer. I already posted about it sometime this year so let me just share to you some of my pics during that event. (´∀｀)♡


July
This month's highlight was that of my Okaasan's hospitalization. Only a few knew about this [not even our relatives knew about it] since we want my Mom to avoid unnecessary stress. She had Hysterectomy, after finding out the real reason of her bleeding for months. No pics will be shared here since it was a private affair. Hope you understand.


August
During this month, I got sick, really really sick, for the first time due to overworking, overfatigue, and stress at work. I thought I'll get hospitalized too, if my temperature didn't go down on the third day.

Also, another highlight was the Fantasy Quest 3 held annually in Fernwoods Garden. It was my second time attending FQ but what made it more special was the people I was with: my CLF. I had a chance to wear a full furisode kimono thanks to Kuya Archie. (∩_∩) We even stayed in one of the member's place after the event so we had a house party! 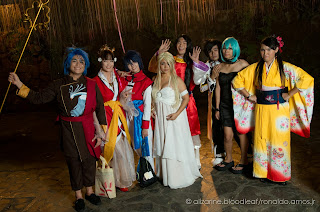 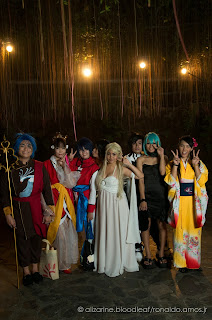 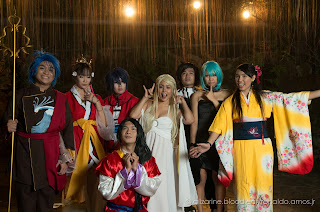 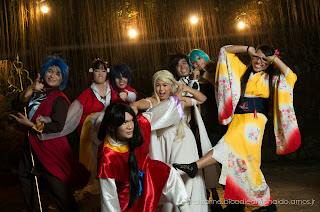 September
What made my September one of my busiest months was the fact that I had to go to the province in So. Leyte with my Otousan then had to return to Manila after just spending some hours there at the same time attend a convention since I had to meet some people there.

Here are some pics from that tiring yet fulfilling trip: 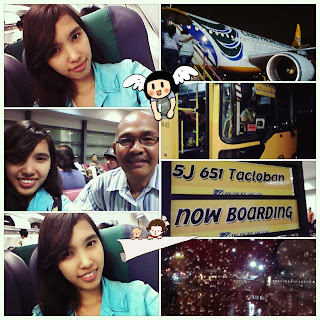 October
Highlight of this month was the Cosmania 2013 wherein we got to do a first group cos [by the form of Sket Dance] and got to meet and greet Reika. Also, met some cosplayers which in turn became my new friends.

This month also left a mark to me due to the sudden demise of one of my Aunts from Okaasan's side, which was so close to me. Tita Flor, I'm missing you so much. We all miss you.


November
This was the most-awaited month of the year due to two things: First, it was the 10th Anniversary Dance Concert of Mapua Makati DanceCom, the dance group that I belong to back in college; second it was the trip that my team and Apple's team had come up. We booked a flight to Cagayan de Oro during our Thanksgiving holidays [since we're all in US Account so we follow their holidays]. Guess what, we all enjoyed the trip so much! So much that we wanted to set another trip with the teams involved! We tried the White River Rafting and the Ziplines in CDO and Bukidnon respectively.

Here's some of the pics and vids that we had during our trip: 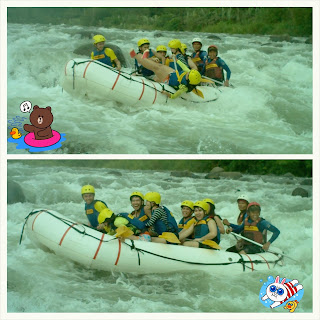 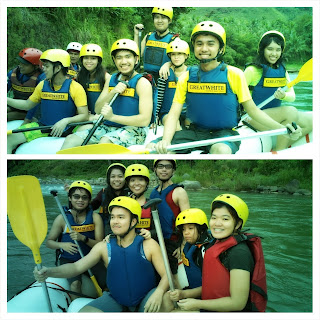 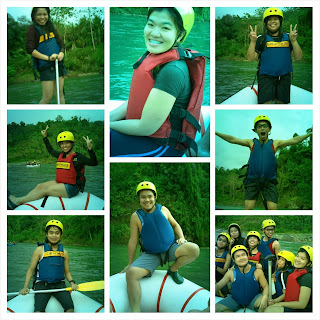 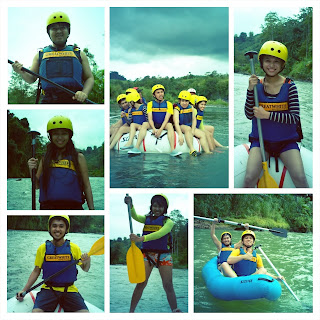 December
Well, nothing much happened during this month, except for the endless parties and get-together that we had, left-and-right.

And oh, I attended the Christmas Toycon and the Ozine Year-ender Con and had fun with some old friends, met new ones, and err, just basically had fun.

Some pics with some people during this month: 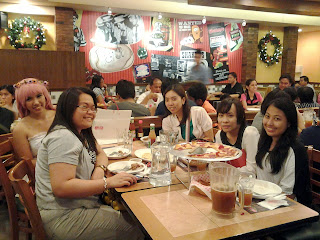 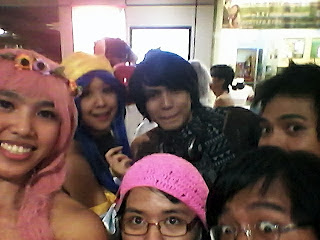 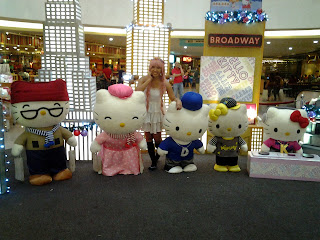 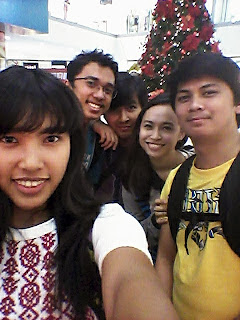 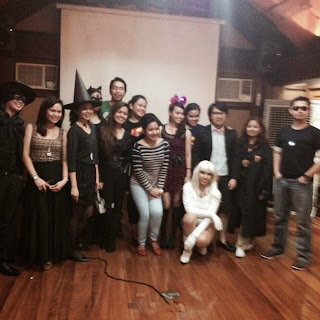 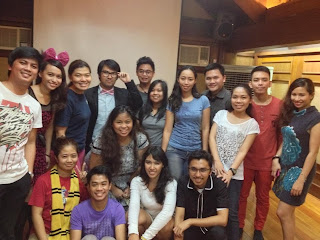 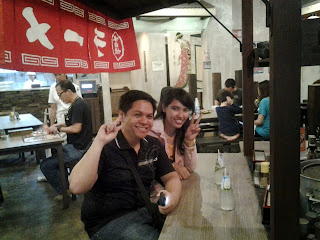 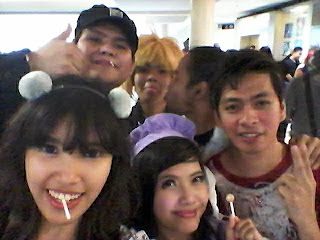 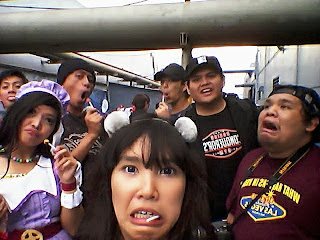 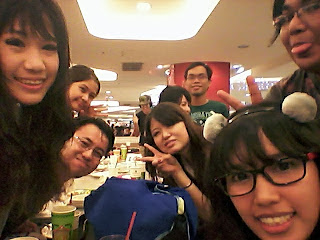 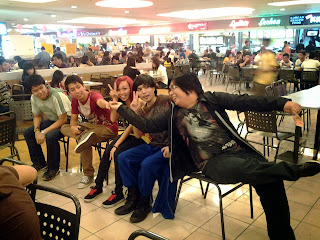 My 2013 is indeed a roller coaster ride, with full of ups and downs. Four hours and 45 minutes to go, I'll be saying goodbye to the year that was.

I just want to extend my gratitude to the people that I got to be with for the past 365 days, be it everyday, during otaku-related events only, be it once a month or just once this year. You just made my 2013 a colorful one and I hope you won't get tired of this girl, err, lady, err, whatever you thinks of me! Hahaha

Let me end this post by a simple prayer:


Lord, I thank you for the wonderful life that you have given me

Lord, I ask you to guide my family and friends
To teach them hope and faith
Tell them to forgive one another as we have forgiven them
Tell them to let go of the past to be able to embrace today
and to welcome tomorrow

This we ask, through Jesus Christ, Our Lord. Amen. 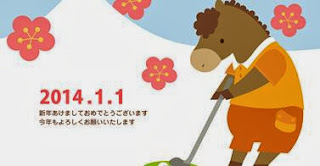 But somewhere inside me I'm not happy.

I'm not in the festive mood.

And I don't know why.

Maybe because I'm at work right now and not at home, unlike the previous years?

Maybe because I got lots of things to do yet I haven't started anything?

Outside of my office there'll be a New Year Countdown that will happen tonight yet I won't be able to even have a glimpse of it since after staying in the office I'll be flying away to Bulacan. I have to ride the bus before it gets too dark.

And before the firecracker-happy people starts their much-awaited moment.

Oh well, I should start looking for myself again before I welcome the new year with a gloomy face.
by angelie at 4:52 PM