i've been skipping a beat and it's all good! :) 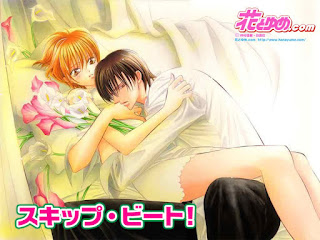 have you heard anything about the manga Skip Beat!?

i'm telling this now for it is the new manga series that i currently hooked on, aside from the normal addictions in the names of Naruto, Detective Conan, and Katekyo Hitman Reborn.
the only denominator for those three is that they're all bishounen manga. that is, mangas where boys are the lead stars.
i admit that i'm more into bishounen mangas for the intensity and the adventure are commonly found in those types. but i do read bishoujo ones.
in fact i have some bishoujo mangas as favorites. some were Yamato Nadeshiko Shichi Henge and the all-time fave of mine, Itazura na Kiss, which was not finished due to the untimely death of Kaoru-sama. T___T
but since i've become lazy to re-read all the chapters in Naruto, and i'm still waiting updates for Detective Conan and Hitman Reborn, i resorted into reading a new kind of manga.
actually, before reading Skip Beat!, i was reading No Bra. it is somehow a mature-type shounen manga. but i just can't help not to laugh with the scenes. hehe. :D
going back to Skip Beat!, i always hear it from my friends who are also into mangas and they admit that it was good. i checked it out and surprisingly, it was awesome!
the story evolves around Mogami Kyouko who was then a highschool drop-out from Kyoto. she worked very hard just to please Fuwa SHou, her childhood friend and an aspiring musician.
everything was okay, so as to think. but later one day, Kyouko then found out that he was just being used by Shou to be his maid so that he will not worry about his food or his clothes.
knowing that, Kyouko promised to get revenge to SHou by entering the world of entertainment. but she doesn't have any interest of it.
that's why she persuaded Sawara, a talent manager from LME Productions, to let her be in the auditions for casting. many judges were amazed by her but she then was removed at the 2nd test.
but it didn't stop her from persuading the production firm. later then the president of LME told her that she can be part of the company by being the first member of the Love Me Section, which was for me, is a very cool department.
as the story goes, one can see that she has developed some kind of respect-turned-liking for Tsuraga Ren, Japan's top male celebrity. at first, their relationship is not good but Ren did develop a feeling towards Kyouko when he learnt something about her. what was it? It's for you to find it out. hehe. :D
then another love interst came in the form of Reino, a member of Vie Ghoul band (Kyouko calls them BEAGLE). how the story goes? just find it out too. :))
unfortunately, the manga is not yet finished as of this moment. even i was soooooo into it that when i've reached the last page of the recently-added chapter, i wa slike, NOOOOOOO! IT CAN'T BEEEE! O_O :(((((((
but good thing that an update will come on the 5th of march. hehe. :D
so for now i will just wait pateintly, as i've did to other mangas that i'm into, and see how things will work between all the cast of Skip Beat!. :D
btw, i forgot to mention that this manga is currently undergoing a planning stage to be adopted into a drama series. it will be done by the taiwanese people, and as far as i'm updated, it will be my idol Ariel Lin who's going to be Kyouko-chan and somehow-cool Jerry Yan as Ren-kun.
oh i love to see that version. but i'm anticipating the manga first for the developments. hehe. :'D
so let's all wait in vain for the coming of the good mangas.
i so love mangas. if i could, i will live in them. haha. XD 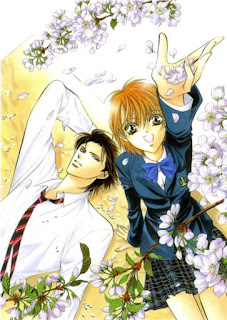 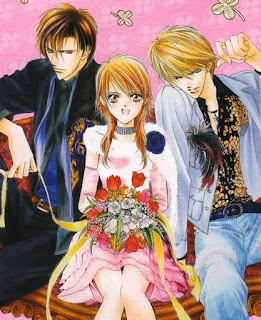 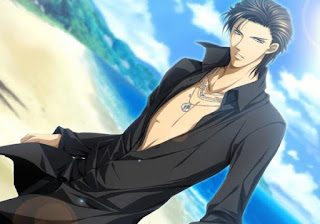